The marriage can be said to be a contract between two parties, in this case between two people, who wish to contract each other to reciprocally acquire the rights and obligations that a marriage entails. 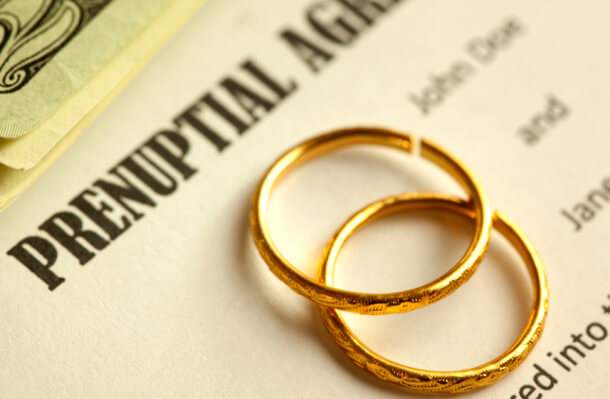 Many of the parties to a marriage contract are legally established and are not freely available to the parties, but there are many other elements that can be freely regulated and, therefore, some people decide to make prenuptial agreements that make clear the scope of the contract. The marriage that’s going to be held.

A prenuptial agreement is a contract signed by two people before marriage, in which the future economic aspects of coexistence and those of a possible separation or divorce are agreed upon and regulated. Although we all want and believe that our marriage will be for life, there are occasions in life where unpredictable situations occur. We must assess whether our personal circumstances or those of our partner require such premarital regulation.

In the balance of the positive aspects of the realization of a prenuptial agreement are, for example, aspects as important as the ability to pre-protect marriage, the hereditary rights of the descendants that could exist prior to the new marriage as a result of a previous marriage that may have existed or the ability to prevent pre-existing debts of the part of a marriage from being assumed by the other party of the marriage to be performed.

Other advantages of establishing prenuptial agreements are, for example, in the ability to provide security to a part of the marriage that is going to be held that for example may have own businesses and do not want all or part of them also pass into the hands, or acquire rights over them, to the future spouse.

In addition, beyond the previous advantages linked to the financial and patrimonial nature of the future contracting parties, among others that may exist, it should also be mentioned that in a prenuptial agreement it can also be regulated – except what may be legally unavailable – details concerning the responsibilities and power in the decision making by which the marriage will be regulated.

The above can allow to provide a great capacity to each marriage, to allow a high degree of personalization. But as everything that has its advantages also has its disadvantages or what is the same, every obverse of the coin has its own reverse and in the case of prenuptial agreements is not an exception.

Perhaps one of the aspects of making a prenuptial agreement is not a legal or tangible issue, but rather an intangible but extremely important issue such as trust. Assuming that a marriage should be based on love and trust, entering into a prenuptial agreement can mean that the parties begin their relationship with a deficit or a breakdown of trust.

Then, of course, there are also disadvantages related to situations such as the effort or dedication that a party puts in the course of a marriage in a business and has no rights due to the premarital agreement and other similar cases.

« What is a disciplinary dismissal?
Republic of Ireland Criminal Injuries Compensation Claim Lawyers »