It is no secret that cannabis law and policy is changing very quickly in the United States. It is still illegal across the board (like in many places in the American south) some places, but in others (like Oregon), the populace has long since moved into a new era of cannabis law enforcement and public opinion. Not everybody uses or has the desire to use Cannabis. But as more states adopt permissive laws about its use, even those who abstain should know about few things about cannabis, and cannabis law. Every state has different policies, but there are some laws that are pretty much universal. Here are a few. 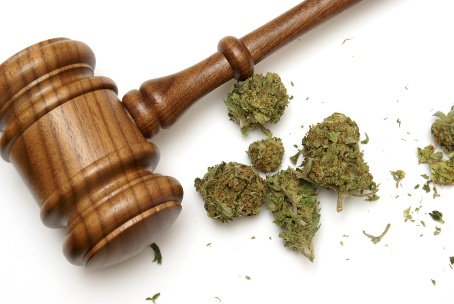 1) You Can’t Cross State Lines with Cannabis. This is true because cannabis law is so varied across the United States. Because many states have adopted legislation that is far more lenient than the federal policy, visitors to unfamiliar states should never assume that what goes at home goes in this new place. States like Oregon (the earliest state to decriminalize marijuana) even allow you to drive with approved amounts of cannabis in your car. But they’ll strictly enforce their law that you cannot cross state lines with this product. This has become an important part of Nelson MacNeil Rayfield and, short of a federal ruling that unifies states in an end to cannabis prohibition, it’s not going to change any time soon.

2) You Can’t Drive While Intoxicated. Though many states accept certain appeals made by those caught driving while under the influence of cannabinoids, it is still not a very good idea to try your luck. There are battles being fought in the courts to establish that stoned drivers are much less of a risk than drunk drivers. But different studies, advocates, and legislators have differing opinions on the matter. So, long and short of it, don’t drive under the influence of cannabis. The repercussions in most states aren’t worth it.

3) You Can’t Buy Unlimited Amounts. Again, this is a controlled substance under federal law. So even though many states allow people to buy cannabis for medical purposes, or even recreational purposes, there is a limit to how much you may buy at one time or in one day. This is because there remains a black market for cannabis, one that is untaxed and free from regulatory control for safety. While those who buy cannabis with cash may be able to “get away” with buying more, especially if they shop at more than one dispensary in a day, they can still be prosecuted if found with more than the state’s allowed limit at one time. It isn’t even allowed to own more, if you’ve bought it at different times and it’s hidden away somewhere in your house. Of course, this won’t stop many people, and lots of cannabis users tolerate a certain risk. But it bears mentioning.

4) You Can’t Consume in Public. For the most part, public consumption of cannabis is a prosecutable offense. Different cultures have different permissiveness to this, even among law enforcement. But generally, it’s important not to try your luck, especially when in a new setting. Many states allow private clubs, wherein cannabis smoking and other forms of consumption is allowed. As long as you aren’t under the influence of cannabis while driving, and don’t smoke in public, you’ll probably be fine in the eyes of the law. Do your cannabis smoking at home, and encourage your cannabis-using friends to do the same.

Cannabis law is much more varied. It’s also ever-changing. So if you use cannabis or know those that do, don’t let your knowledge of cannabis law stop here. It’s going to change a lot in the coming years, and it may be worth your while to stay up to date.